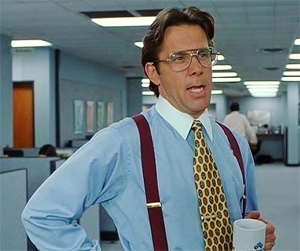 Ten person startups (or smaller) often have a lot of generalists. Everyone does a little of everything, which is what can make startups exciting. We had “support / office admin,” “product / support” positions and other combinations. The reason startups do that is because they don’t have enough admin or product work to warrant a full-time role.

A few years ago, we scaled from 10 to 20 people. In hindsight, there are some things we did well and other things I would have done differently.

Here are my lessons:

1. Create an organization chart for the next year

Although this may feel corporate, put together an organizational chart that maps out your current team and your planned hiring over the next year. Every job description and every new hire needs to be made in the context of how your organization will grow and how the individuals will come together.

If you don’t do this, every hiring discussion will be a micro-optimization — you’ll end up making decisions that optimize for the short term, at the expense of the long term. For example, it makes no sense to hire a person without an understanding of how that team will evolve over the next year. If you do, you could end up with someone who wants to be a team lead but isn’t ready for the role, since you were only optimizing for the short term and not taking into account where the dp is headed. Then, that hire will likely be dissatisfied as the team grows. One step forward, one step back.

Although being a generalist is exciting to many, having a lot of generalists on your team makes it very difficult to scale. If you’re serious about growing your business, generalists need to transition into more more specialized roles whether it’s Product, Support, HR, BD, Marketing or something else.

The consequences of having generalists running key functions are significant. To use myself as an example, I was the CEO / PM and at a certain point, I was context switching so often, I didn’t feel I could be effective at both jobs. I had so much on my plate, I was concerned I’d send mockups to the designers and engineers that haven’t been fully vetted and thought through, which would make them less effective too. So, I replaced myself as a PM. I’ve also found that as a company grows, generalists start to context switch so often between their different roles, they feel like they’re not able to do as good of a job - and appreciate being able to focus.

3. If you’re going to make the generalist to specialist transition, do it quickly and be clear about new roles

I thought we did this transition quickly, but in hindsight it didn't happen fast enough. The problem is that if you change a role and there is even a little uncertainty about their responsibilities or who they report to, it’ll slow down the entire company. As one example, someone on the team thought she reported to two people. That’s a major failure in communication that resulted in a less-than-ideal transition. 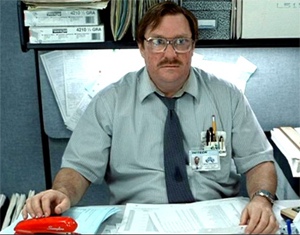 4. Create job descriptions for each role that will change

Before making a new position available to people internally, put together a job description for that role. Then, if someone internally applies to the role, you have an objective way to evaluate whether that internal candidate is qualified. If you don’t put together the job description first, the decision will be too ad hoc and you may end up with people that aren’t qualified holding key positions. Conversely, you may overlook someone on the team who would be great for a new role.

5. Hire or promote team leads; then have them build out their own teams

Instead of adding the members of each department in an ad hoc way, we focused on bringing in team leads, then letting them fill out their team. Those people know way more than us about their function than we do.

As mentioned above, we went through a transition and realized that some people were still confused about their role. Maybe we covered most of our bases, but not all of our bases. Missing even one important item can lead to confusion. Our head of HR put together the checklist below. I found it to be hugely helpful in clearing up any potential confusion.

7. Go through the transition checklist with every transitioning role

No exceptions. It’s the only way to make sure there is no confusion.

Startup founders often find themselves with a lot of direct reports in the early stages and are reluctant to hire management. I think this is a common mistake that can be hugely detrimental to the company.

Let’s say you have 8 direct reports — that’s 8 hours each week (an entire day of work) just for one-on-ones. And that time commitment doesn’t even include preparation for those meetings and anything you need to do to help them out during the week. If there’s an annual review or an issue that comes up, that can take even more time.

Having a lot of direct reports is a problem because it eats into the time you need to focus on the future of your company and critical big picture goals like scaling the business, managing finances, setting up culture, interviewing candidates and other important issues. Instead of focusing on those things, you’ll get tied up with the day-to-day. That can be a slippery slope that slows growth and leads to missed opportunities. If the status quo is that you have no time, any unanticipated disruption can destroy your week and you’ll never have time to take advantage of opportunities. Founders need some flexibility in their schedule to handle important ad hoc tasks so hiring management to take on a chunk of the day-to-day tasks is crucial. Your org chart should be able to anticipate this problem in advance (see #1).

I recently read an article about how HR is no longer valuable. I think this is hugely wrong. Your biggest investment in a company is the team. Often, the vast majority of a startups' cost is the team salaries — a confused team is a huge waste of resources.

Is it worth having 1 person out of 20 completely focused on making sure the team operates effectively? Absolutely. I think it’s worth hiring HR early and the companies that don’t are making a big mistake.

It’s important to communicate to the team how startups evolve over time. Talk about how roles transition from generalists to specialists and other typical changes that occur as a startup grows. This is part of the startup experience and isn’t unique to you.

11. Be respectful, listen and apologize

People spend a huge portion of their time at work. They’re invested in the company. If it’s a startup, they may even be working long hours to make sure everything is covered. The absolute worst thing to do is be calloused about upcoming changes.

When you talk to the team, it’s important that you’re respectful and listen. As much as possible, incorporate their feedback into the process. One person suggested an entirely new role for herself, one that I hadn't considered. She put together a job description for the role, we created it and it’s been hugely helpful.

It’s also likely you’ll make some mistakes during your scale process. If you do, apologize, sincerely. Sure, it doesn’t feel great to hear all of your mistakes. But, they’re your mistakes and the only way to fix them is to 1) Accept them 2) Sincerely apologize and 3) Put together a plan to fix them.

I can think of a few companies that hit major team scaling issues that led to many people leaving the company. Scaling out a team isn't a secret. A lot of founders have gone through these transitions and are willing to give advice. Some even have written blog posts! To the extent possible, you can prepare in advance and change the company accordingly before, not after, you run into issues.

13. Be deliberate about values and culture

With 10 people, the founders are likely present for all key decisions. At 20 people, tons of decisions get made without the founders. A company’s values determine how decisions are made. Does the team value empathy or is it something you never articulated? People will make decisions based on your values, so hopefully they are good ones. Based on a recommendation of a few people on the team, we did an offsite with the team and codified our values.

We were ad hoc about culture in the beginning. A few people on the team made the case that we needed to be more deliberate. They had a great idea: every few weeks, everyone meets for lunch to discuss our company culture. Because of that suggestion, we now have extremely candid conversations about things that happen at the company and whether we should start, stop, or continue them. Instead of ignoring important items, they're surfaced and we talk them over.

Unless you’re deliberate about how your team grows, you’ll hit a lot of unnecessary growing pains. Your vision won’t matter if people are confused about their roles or even worse, leave the company in confusion. Conversely, if you’re all aligned, engaged and moving in the same direction, you can have a massive impact together.

I hope these transition lessons are helpful. Good luck!