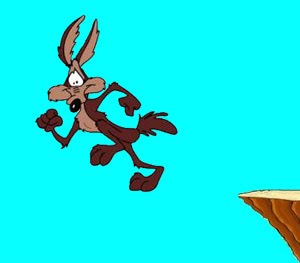 I remember office hours with Paul Graham in 2011, when we were giving yet another excuse for waiting to launch. We wanted to build x,y and z features before launching. Paul Graham advised -

“Launch when you have a quantum of utility”

We launched and it was the best decision we made. Instead of building what we thought users wanted, we could talk to our users and ask what they wanted.

There’s a tendency of new founders to wait almost indefinitely before launching. I’m always surprised when I meet with these type of founders. Everyone has heard that you should launch fast, yet the founders I meet always have a reason why it doesn’t apply to them.

There's a company I used to know that went months and months without launching. It seems like everyone knows a company like this.

One month becomes two, then three, then four and still no launch. It makes me nervous. I wondered, what are you working on that absolutely needs to be built before launch? When I hear the features that they absolutely need before launch - none of them seem like show stoppers.

They were wasting money and time - the scarcest resources as a startup - on something they didn’t know their users needed. The more time that passes before you have a live product and you're talking to customers, the more likely you're building something you think your users want, versus what they actually want.

When I think of the massive lists of features that founders have to build pre-launch - I always have this image of the Coyote running on air. Last minute, he looks down and realizes he’s not standing on anything and falls. These founders have never launched a product before, so it isn’t their entrepreneurial experience that is telling them to wait.

I thought of a new rule. The less experienced you are as a founder, the faster you should launch. Or, listen to PG’s advice and launch when you have a quantum of utility.