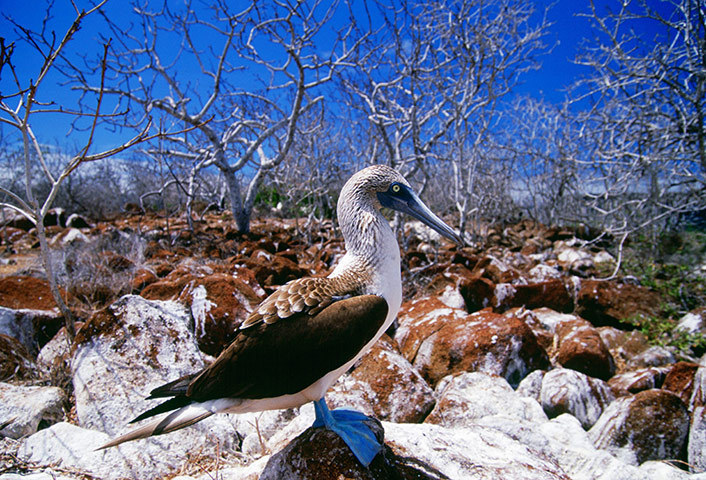 I wrote my first guest blog post. It's about integrating with Google Drive and growing on platforms.

Read more on AllThingsD: A Year Later, What Google Drive Means for Startups

In second grade, I still didn't know how to read. I remember sitting at Sunday school and not being able to read the assignment. I tried to hide it and drew pictures instead.

My parents were concerned and had me tested for learning disabilities. They even moved us to a new city. I was so far behind, it took me years to catch up. But, the school was better. In third grade, I started to read.
There's something that became part of my ethos then. I was at the bottom. I had to do everything to work my way up. I remember constantly telling myself that I just needed to work harder than everyone.  I had to hustle.
I became my story. I worked hard and I hustled.
Everyone has a story. You repeat it in your head every day. It's a story of how the world reacts to you and how you react to the world. It's a story of patterns, where things are experienced over and over again.
Just as it can be powerful and energizing, it can also be dangerous. If its a tragic story, you become a tragedy.
I remember reading East of Eden and there was a passage that I'll always remember. Cal's father, trying a new venture, lost all of his money. Cal was smart; he executed on an idea and made a lot of money. When he tried to give it to his father, his father rejected it. Cal goes to his room and burns the money, one note at a time.
His caretaker Lee comes in:

Are you taken pleasure from this whipping you're giving yourself? Are you enjoying your despair?”
“Lee!”
“You’re pretty full of yourself. You’re marveling at the tragic spectacle of Caleb Trask—Caleb the magnificent, the unique. Caleb whose suffering should have its Homer.

Maybe it was easier for Cal to become a tragedy. It was easier to think that what he experienced was uniquely painful.  It was hard to think that many others have suffered, often worse than him. Unique pain has more meaning.
The danger is that you internalize the pain. You become someone who deserves the misfortune and can't get away from it. You expect it and it happens.

If your story is of success, of overcoming adversity, you become that story. As you try it, it validates itself and becomes more true. You expect it and it happens.
We have words for these people in the startup world: hustlers, cockroaches (which is a compliment for people and companies that refuse to die), lucky. It's the person that surprises us. It's a person that shouldn't succeed, who gets rejected and ignored, but somehow does and does it with energy.
When you tell yourself your story, pause and think it over. Be a force, be a hustler, be creative, be lucky, but don't be a tragedy.
Get posts via email or follow me on twitter.

10 years ago I sat down with my brother. He was about to attend a high attrition special forces course.  The vast majority of candidates drop out.

Aren't you concerned about the failure rate?
I still think about his answer:
"Attrition is a group statistic. It doesn't apply to me."
He explained that statistics are created for groups, not for individuals. As an individual, it's not relevant to you. He went on to pass the course on a broken ankle.
That makes me think about some startup founders. Their companies should have died, since most die. They should have given up, since most give up. But, somehow they willed their company to exist.
Startup failure is a group statistic, it doesn't apply to you.
Subscribe to updates here.

I've been rejected by a lot of people and organizations over the years. The number of my rejections became so comical, that my parents put together a book.

This was a special book, since many of these rejections were later reversed. On one side of the pages would be a rejection letter, if they sent one. On the opposite page would be a letter of acceptance.
There's one story that I remember well.
I always wanted to be a Foreign Service officer. You live abroad, represent US foreign policy, and learn languages. In college, I applied to intern at a US embassy, the ultimate internship for political science majors. I spent an enormous time on the application.
I was rejected.
I called up the State Department and spent over an hour being transferred from person to person, trying to find who was in charge.
Finally, I found the decision maker. I explained how my rejection was an oversight and that I'd love to intern at the embassy in Rome. They no longer even had my application on record, since they shred the rejects, but we had a great talk and they invited me to send over my resume.
By the following week, I was accepted as an intern at the embassy in Rome and, once again, amending my rejection book.
Not all my rejections worked out that way.
Years later I applied for the Rhodes. This is the scholarship of all scholarships. Bill Clinton got it. You study for free in the UK, meet great people from around the world and get a masters degree.
I remember sitting in a Yurt in Mongolia working on my Rhodes essay. I should have been focused on drinking horse milk, not writing an essay. The essay passed muster and I was interviewed as a finalist.
I was rejected.
Instead of going to the UK, I stayed in San Francisco and doubled down in the startup world.
Glad I lost that one.
Years later, I was watching Charlie Wilson's war (great movie for a political science major). The Soviets just pulled out of Afghanistan and the CIA team that helped was celebrating - everyone except one guy.
He tells this story:

There once was a farmer in China who had a horse. One day the horse ran away. All his neighbors came to console him about his bad luck, but he was not distressed. He told them, "Good luck, bad luck, who knows?"

A few days later the horse returned and with it was a mare. All his neighbors came to him to congratulate him on his good fortune, but again he would only say, "Good luck, bad luck, who knows?"

A week later his son was riding the mare, fell and broke his arm. Again the neighbors came to wish him condolences and tell him how very unlucky he was. The farmer shook his head and said, "Good luck, bad luck, who knows?"

A few days later, war was declared and all able-bodied young men were conscripted, but because of his son's broken arm, he was not."Good luck, bad luck, who knows?"

I think of Airbnb and the 999 days of no traction - what bad luck they had.
Jack Dorsey, part of a product without traction and moving onto something called Twitter - what bad luck he had.
Evernote, unable to raise and almost going under - what bad luck they had.
Color, raising $41m from sequoia - what good luck they had.
When I read the tech press, hear the ups and downs, the tactical wins and losses, I always think - good luck, bad luck, who knows?
It's hard to evaluate something in a given moment. Our reactions are too immediate for implications that are often long term - with benefits and downsides that are hard to predict. Let go of the moment and instead try saying to yourself, good luck, bad luck, who knows?
Like the post? You can subscribe to updates here.